← more from
Wasted State Music Ltd
Get fresh music recommendations delivered to your inbox every Friday.
We've updated our Terms of Use. You can review the changes here. 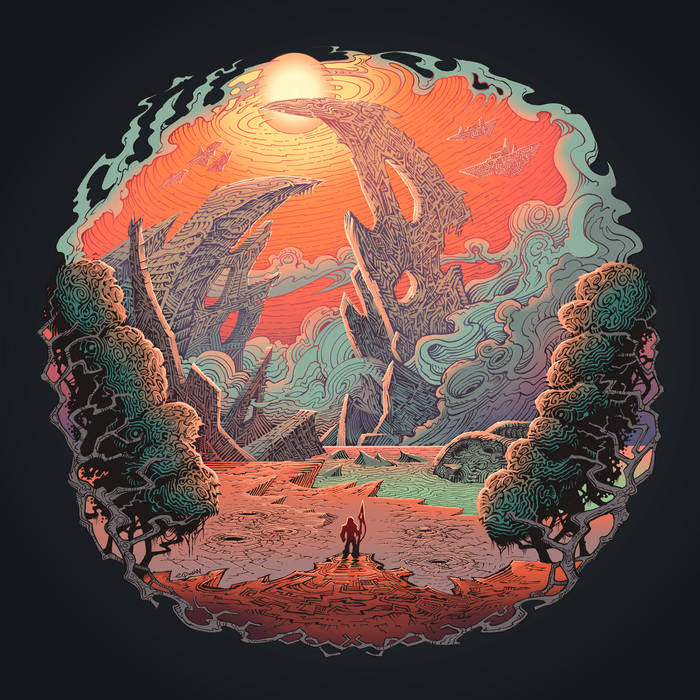 MetalJazzDnB Bloody hell of an album - brilliant textures, formidable drums and riffs for days - I own the Transparent Yellow.

Ohgawd, this record is a masterpiece. Favorite album of all time. Favorite track: Thirst.
more...

Asheran is a 60 minute tapestry of music, an epic narrative following the tale of the rise and fall of civilisations, the return of an empire thought millennia lost, and the world-spanning events that unfold as a consequence.

Rich with themes of science fiction, environmental issues, and both dystopic and utopic visions for the future of humanity, listeners can expect the album to bring the pure heaviness vaunted during Aurora Majesty, whilst at the same time being tempered by the combination of more mature progressive, genre-spanning, and often at times melodic song-writing the band are quickly making their hallmark approach.

Recorded and produced by Graeme Young at Chamber Studios
chamberstudio.co.uk

Mixed and Mastered by Tom Dring at Vagrant Recordings
vagrant-recordings.co.uk

All rights reserved by Dvne

Bandcamp Daily  your guide to the world of Bandcamp